adminPosted on February 10, 2016 Posted in Publications 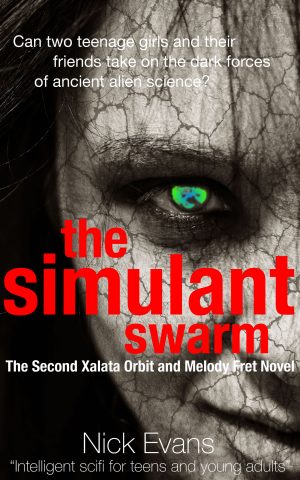 Not for the faint-hearted, this roller-coaster scifi thriller for teens and young adults once again pits our heroes, Xalata and Melody, against dark alien forces and the terrors of the unknown.

Fresh from their battle with the Cryomorph on the Moon’s Farside, Xalata Orbit and Melody Fret had hoped to settle back into a normal routine at the Academy. But strange things have taken place on Mars and when the Red Planet Exploration team arrive back at LunarBase, they bring with them more than their normal cargo. The result for everyone on the Moon is catastrophic, when their lives are threatened by a terrifying attack on the Moon’s human population. A seemingly unstoppable alien force transforms its victims into simulants of themselves, building an army of invaders whose purpose is to destroy humankind. END_OF_DOCUMENT_TOKEN_TO_BE_REPLACED

adminPosted on February 19, 2015 Posted in Publications 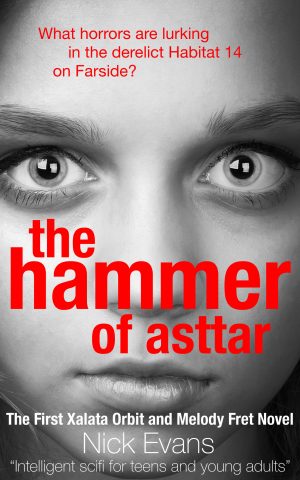 In this, the first book of the series, Xalata Orbit meets danger head-on when she leaves a troubled Earth behind to live with her father on LunarBase and attend the Hydroponics Institute of the Moon’s Central Air Facility. At first, life on the Moon seems dull compared with her home planet, but it is not long before she and her new friend, Melody Fret, are fighting a shadowy enemy for their freedom and battling a conspiracy that could destroy the Earth and all its inhabitants.

What horrors are lurking in the derelict Habitat 14 on Farside? Why does the slimy Mr Fark take such an interest in the girls’ security? What’s the huge secret that Xalata’s father carries with him? How can anyone stop an indestructible creature that looks set to destroy the LunarBase? And who are the Asttarians and why do they want to change humans’ lives for ever? END_OF_DOCUMENT_TOKEN_TO_BE_REPLACED

adminPosted on June 25, 2013 Posted in Publications 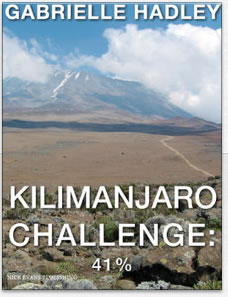 Join Gabrielle Hadley as she prepares for the biggest challenge of her life: the peak of Kilimanjaro. Learn why she tackled the challenge – to raise £19,341 for The Donna Louise Children’s Hospice – how she prepared for it, her first trek at altitude (Toubkal in Morocco) , her final preparations and then the actual climb.

Whether you are a reader of others’ adventures or someone considering tackling Kilimanjaro as a personal or charity challenge (or both), this book will give you food for thought, laughter and tears, in equal measures. END_OF_DOCUMENT_TOKEN_TO_BE_REPLACED

Grow your Company with Effective Business and Customer Research

adminPosted on May 18, 2013 Posted in Publications 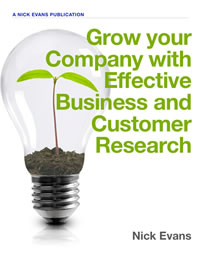 Get to grips with questionnaires and make a difference to your research results by having clean, reliable data that has been collected to a high standard.

As you grow your company, understanding what makes your customers tick grows in importance. Understanding your staff too is vital if you want to retain them. Questionnaires to research your marketplace, survey your staff, monitor processes and more are nowadays part of any business’s information gathering process. END_OF_DOCUMENT_TOKEN_TO_BE_REPLACED

123 things to do that are better than watching TV 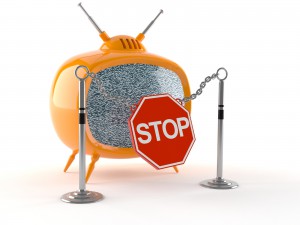 This is the ultimate post-TV binge book. Whether it’s Christmas, Easter or just a pent up backlog of episodes of your favourite TV series, we all indulge too much from time to time.

So, get a fresh idea. Go for something different. END_OF_DOCUMENT_TOKEN_TO_BE_REPLACED

A Student Guide to Effective Research Questionnaires and Surveys

When you study for a qualification, prepare research reports, undertake any sort of student investigative project or simply want to collect evidence to substantiate your ideas, then this simple and informative work is right up your street. END_OF_DOCUMENT_TOKEN_TO_BE_REPLACED